Hi Friends, Happy Veterans Day to all my veteran bloggers and followers. Today I just wanted to take a minute and talk about my experience in the military. I felt inspired to write this post because the fact is I spent 4 growing years of my life in the United States Navy.

I was only 18 when I joined and I had a lot of growing up to do. I served aboard the USS Ronald Reagan for my entire military career and that is where I would learn life’s greatest lessons.

SO HERE ARE THE 5 THINGS I LEARNED FROM THE MILITARY.

1. DON’T BE AFRAID OF THE UNKNOWN.

When I joined the military I was fresh out of high school, never worked a day in my life, and was very very innocent to the world that I was living in. I decided one day in my senior year of high school that I wanted to join the military. I heard about the great opportunity of travel, education, and developing character. I took a chance and told my mom and dad that I wanted to join the military not only because of the traveling opportunity but because I knew my parents couldn’t afford to put me through a 4 year university.

There was a lot of unknowns before I went to boot camp. Is it going to be hard? What if I don’t make it? What if we go to war? Will I get to see my family still? What if I don’t make friends? Doubt and uncertainty flowed through my mind as a young girl who never been out on her own in the world. But I conquered my fears head on and went through boot camp and survived. After that I got stationed in San Diego on the USS Ronald Reagan. More unknowns came along but I learned to not fear what I couldn’t control and to just embrace what life handed to me.

From the second I joined the military I was surrounded by so many different types of people. People who came from different upbringing and backgrounds. People from all over the county and all different ages and ethnicities and religions. I found out real quick that with some I didn’t see eye to eye and I didn’t try to understand where they were coming from.

I was very closed minded and I hate to admit that. I soon realized that my lack of understanding was hurting me and I would constantly be frustrated. That’s when I put my differences aside and began to listen to others and really try to understand where they stood on a situation. It’s almost like pausing  your movie to look at someone else’s with no judgement. And that’s what I did. I learned to understand other’s point of view.

3. HEARTBREAK WILL HEAL ITSELF.

This was an area very hard for me to learn from. Earlier when I said “I was innocent to the world I was living in”, I mean so innocent that I had also never dated or had a romantic relationship. I know shocking. I don’t know why I never dated in high school. Maybe it was the fact that I was super nerd or a hard core Jesus freak. Who knows. At that point in my life it just wasn’t meant to be.

Shortly joining the Navy I met my first boyfriend, who became the love of my life at that moment in time. Of course as first loves should, I was head over heals and completely vulnerable. That relationship lasted 2 years and when it came to an end I was completely crushed. I thought life as I knew it was done, finished, the end. Haha I have to laugh now because if I had known what I know now I would have told myself “everything will be fine”. I dated 2 more times while in the navy and both again ended in heartbreak but I made it through. After 3 heartbreaks, I learned that all heartbreaks heal themselves and in the end happiness will resurface and I finally found my forever.

Related: A Letter to my Boyfriend on His Birthday

This right here, one of the best things that came out of my service in the military. I had friends and acquaintances and people I just said hi to everyday while passing them in the p-way. The true greatest fiends I met helped though a lot of my lessons. They saw the good, bad, and ugly. They saw me cry, laugh, and lose control of myself. They showed me the true meaning of friendship and acceptance. The taught me what a true friend is and to never settle to be treated less than what I deserved and for that I’m so very thankful.

5. THE DIFFICULT ROADS IN LIFE LEAD TO THE MOST BEAUTIFUL DESTINATIONS.

I must say that through all my tough times as a Sailor and a young girl, I came out on top at the end of it all. Life continued as it should  with more lessons learned and more heartbreak and more encounters with difficult people. However the lessons I learned in the military taught me how to handle things with an open mind, open heart, and open eyes. I wouldn’t be where I’m at today without having these incredible lessons learned and would have never been able to see how beautiful life really can be.

Happy Veterans Day to those who served and those who are still serving. I hope you got some good takeaways from my post and I look forward to bring you more inspiring and real life posts as time continues. 🙂

This site uses Akismet to reduce spam. Learn how your comment data is processed. 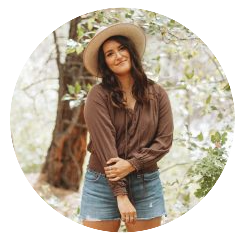 Be the first to know about new posts, freebies, and other exclusive content.